Yesterday, June 13th, the United States Senate met to discuss the 2018 Farm Bill. The Farm Bill affects the lives of all Americans, but many of us don’t even know about it. The Bill is comprehensive and can be difficult to understand. Here is what you need to know.

There’s something that we all come into contact with every day and rarely consider – our food system.

Did you know Americans spend the least amount of our hard-earned income on food when compared to all other countries in the world? Only 10% of our income is spent purchasing food for us to consume at home and elsewhere, like restaurants and take-out…and it comes from one of the safest food systems in the world. 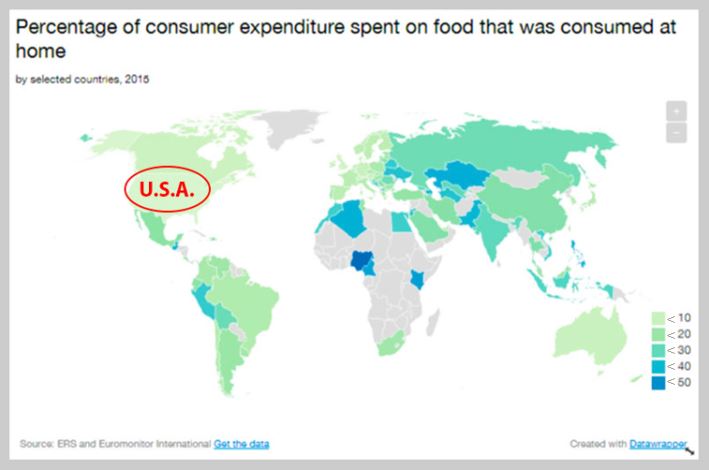 So, what exactly is the Farm Bill?

Simply put, the Farm Bill is a seriously complex blueprint of our national food system. It helps all farmers, from those growing Christmas trees to those harvesting corn, wheat, and chickpeas to dairy farmers. It’s created by farmers, policy makers, economists and academics to further improve all the intricately-moving parts, policies and sectors that come together to provide a system that works for all.

However, its start was a bit more humble as a means to keep farmers in business so we can be assured to have a steady food supply. Back in 1933, the Farm Bill was initiated to stabilize farm income during the great Dust Bowl, which devastated America’s farmland in the Midwest and thus, greatly affected our agriculture sector. Over time, the Bill has been expanded to include market regulation, nutrition assistance programs, trade, research, food safety and conservation.

Today, the Farm Bill affects us all. As you can imagine given all these moving pieces, this is not a simple little bill. In fact, the current Bill is upwards of 600 pages! But within all those pages, we can expect innovations to our agriculture and food programs that will continue providing safe and affordable food to everyone.

Why is the Farm Bill so important?

Every successful food system needs a solid foundation in sound public policy. Those of us in developed countries benefit from having guidelines in place that enable every component in our complex food system to have the incentives, safeguards and consistent regulations to do their jobs more efficiently to provide our food…every day. The relentless drive to improve across the entire food and agricultural chain— to do better, to innovate, to solve any challenge or problem that remains— is the engine driving the system forward.

Every part of our modern food system – from the farmer and rancher at one end of the food chain, to the food manufacturer and preparer at the other, works hard every day to make our food system deliver more and better food at every meal – food that is safe, wholesome, convenient, and above all, readily available and eminently affordable.

The purpose of the Bill is to maintain the policies that will need to be upheld for the following five years to ensure every farmer, manufacturer, preparer and consumer can do their job more efficiently and with the resources they need.

The Farm Bill’s reach extends beyond the food supply system to include improvements in infrastructure and education, too. Since 2009, former Agriculture Secretary Tom Vilsack recently noted that farm bill programs have helped 1.2 million Americans obtain home loans and made broadband services more available to 6 million rural residents.  Water systems have improved, and other infrastructure enhanced. Universities have been strengthened, and access to education improved. Hundreds of thousands of jobs have been created through farm legislation.

What are some of the contentious issues in this Bill?

There is a lot of bipartisan discussions fueled by the concern over crop prices and how to address the amount given to farmers and those in the industry. Currently, much of the funding goes to ‘reference prices’. These prices guarantee payments to the farmers regardless of market price. Free market advocates think the formula for setting the price does not cover deep price declines, as it was originally designed, but just guarantees payments to farmers.

Also, if you have been privy to the developments in the Farm Bill this year, you’re definitely aware that 80% of the funding is allocated to nutritional programs, like the Supplemental Nutrition Assistance Program (“SNAP”, or what was known as “food stamps”). There is a lot of discussion as to why these programs are included in a bill that is really geared toward the production, not consumption, of food. However, nutritional assistance programs were incorporated into the Bill in the 1970s to pass legislation so all U.S. citizens were involved in its policies.

So, how much is this Farm Bill going to cost you?

The farm bill covers not just all sorts of farm and food related provisions but also the host of nutrition assistance programs designed to attract votes from urban legislators. The price tag for the complete farm bill comes to about $90 billion per year— or approximately $275 per American— for arguably the most efficient food system in the world.

Of that $275, about $75 goes for commodity supports, conservation, research, farm credit, food safety, and other ‘traditional’ farm programs. The other $200 goes for nutrition assistance programs, mostly the widely used SNAP program. 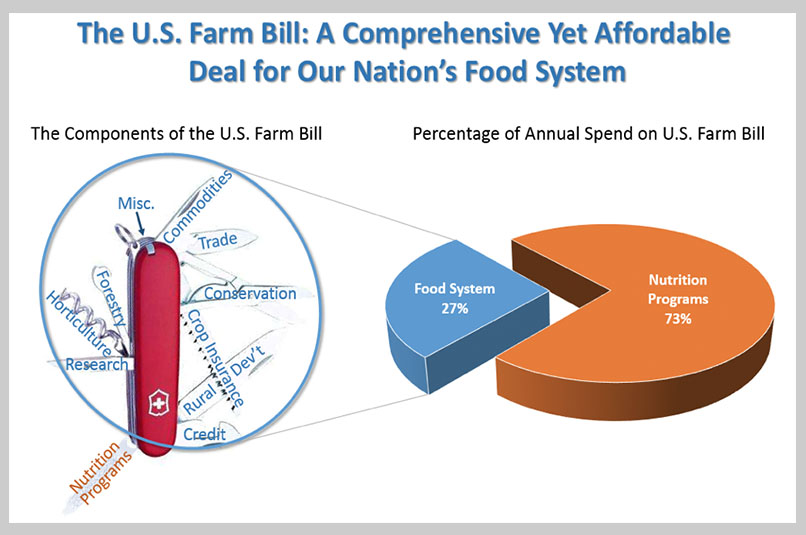 When will the Farm Bill be passed?

As in all important matters that affect many people, these things take time. The Bill has already gone back and forth several times. On June 13th, it passed the Senate Agriculture Committee and will now proceed to the Senate floor in the next two weeks. Given such contentious topics as SNAP and other matters of debate, the political outlook surrounding the legislation is still murky. Furthermore, should U.S. trade and NAFTA not have a resolution soon, implications surrounding these issues may end up in the Farm Bill itself, adding further complexity to an already complicated deal. However, there is hope that the Bill will be passed by September-end of this year.

We know there is much debate over foods…organic vs. conventional, local vs. large farm, farmers’ market vs. supermarket…the list could go on and on. However, in all our debate, we lose sight of the fact that we’re so fortunate to be in a country with a system in place that provides food that is safe, wholesome, convenient and, above all, readily available and affordable to all. Isn’t that worth keeping in mind the next time you go grocery shopping and painfully scrutinize over which type of apple you purchase for your family?