Food production. Trade disputes. Scientific debates. New technologies. Legislation and public policy. Global hunger. Food waste. Food safety. These newsworthy food-related topics have made major headlines this year. Let’s look back and see where some of them stand before we enter 2019.

Trade Tensions with China. How does this affect you?

What’s the Farm Bill? About a half-trillion dollars— or maybe more.

The 2018 harvest is almost done. What does it mean for food prices?

Glyphosate Debate No Closer to Resolution

Trade Tensions with China. How does this affect you?

After the G20 summit in Buenos Aires, the United States and China announced a pause in the on-going trade dispute between the two nations, with President Donald Trump agreeing to postpone a scheduled increase in U.S. tariffs on Chinese goods set to go into effect January 1, 2019.

On December 1st, Trump agreed to a 90-day tariff truce in order to give both sides time to begin a serious discussion of the myriad of trade and intellectual property issues leading to the escalating series of tariffs. News reports indicate that as part of the agreement, the Chinese have agreed to step up purchases from the United States, including agricultural products such as soybeans. Just exactly what other agricultural products, and in what time frame, remain unclear. 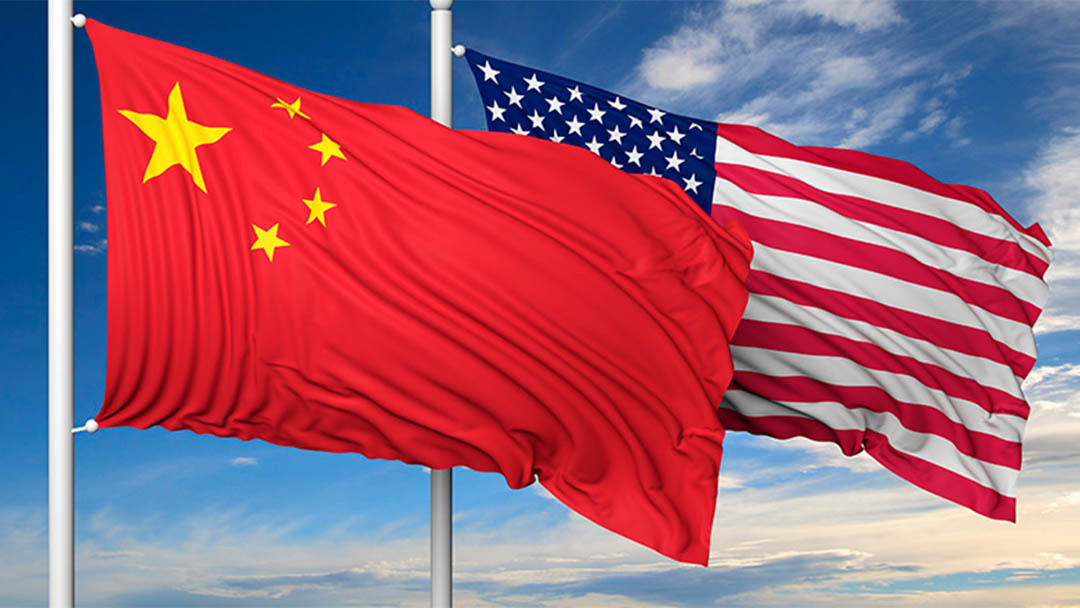 As of December 11, the Chinese are believed to have resumed soybean purchases. President Trump was quoted saying the Chinese are “buying tremendous amounts of soybeans.”

So what does this mean for U.S. food consumers?  Not much, immediately.

The food industry continues to have more than enough commodities to satisfy immediate demand, even if the Chinese resume larger purchases of U.S. soybeans and other farm products.

The real issue for consumers is the long-term economic health of the farm sector. Exports are an important aspect of farm revenue, yet net farm income has been declining steadily in recent years, to a level about half its 2013 peak.  Without a clearer picture of future market stability for U.S. exports, that pressure is likely to continue.

With more and more farm operations on margin, look for further growth in farm size as farmers consolidate, and continued pressure for investment in the technological and operational improvements to keep food costs down.

What’s the big deal?  Quite a bit for certain sectors of the U.S. economy, notably the automotive industry – and agricultural interest in all three countries.  Favorable trade terms under NAFTA helped agricultural trade among the three explode. 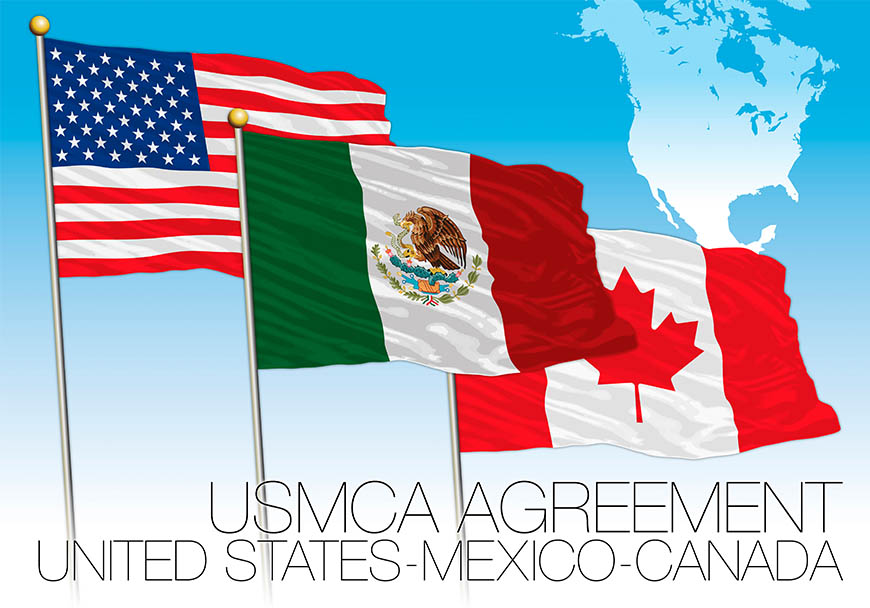 U.S. agricultural exports under NAFTA grew from $11 billion in 1993 to over $43 billion in 2016, making Canada and Mexico the second- and third-largest markets in the world for U.S. producers.  Canadian and Mexican ag interests – and consumers – reaped comparable benefits.

Preserving the open trade spirit behind this long-standing trade policy has never been more important to U.S. agriculture. The U.S. farm sector’s reliance on a robust export market as a major source of farm income provides us with the low-cost food we eat today.

Should food consumers care?  As with most major public food policy issues, the immediate effect of all this is virtually undetectable. But its role in preserving the economic health of a vibrant and responsive food system isn’t.  Without policies that help create economic opportunity for U.S. farmers, consumers can’t assume the world’s most productive and efficient food system can stay that way indefinitely.

So, if you like to eat and feed your family with an abundant and affordable supply of wholesome food,you might listen with at least one ear when those talking heads on TV mention trade.

Related Reading:
The USMCA explained: Winners and losers, what’s in and what’s out
United States-Mexico-Canada Agreement
What is NAFTA?

What’s the Farm Bill? About a half-trillion dollars— or maybe more

As the year winds down, a lot of people in and out of Washington are breathing a sigh of relief over the final resolution of the running battle for new farm legislation. The bill passed with an 87-to-13 vote in the Senate on Tuesday, Dec 11thand will now go to the house, where it is expected to pass as well. This new five-year bill lays out the complex web of policies and programs governing the U.S. food system.

The National Association of State Departments of Agriculture

The bill makes no major changes in policy direction, and still covers everything from crop subsidies, crop insurance and conservation programs to urban farming, research and nutrition assistance programs – and a heck of a lot more in between, including new hemp regulations.

The share of that spending going to farmers? This is a bit controversial. Commodity programs, crop insurance, and conservation make up only 19 percent of the tab.  About 80 percent – four of every five dollars in the bill – goes to some form of nutritional assistance for those who are in need. This is commonly referred to as SNAP (Supplemental Nutrition Assistance Program), or food stamps.

The 2018 compromise is expected to address various cost-control mechanisms but nonetheless entails 10-year spending of about $687 billion, according to the Congressional Budget Office.

So, what do consumers get for their tax dollar?  Even though a small amount goes to the farming network, the Farm Bill provides the framework of policies and programs — the rules of the road — needed to guide production, processing, research, product innovation, manufacturing, marketing, retailing and all the other elements of a modern food system.

It provides the framework essential to attracting investment and incentivizing the effort that keeps the system responsive to the evolving needs and demands of consumers.

The American public gets a stable, innovative and reliable food system, unlike anything seen in previoushistory. It’s government policy-making that can be argued to actually work, and work well, especially in today’s fractured political system.

Related Reading:
What is the Farm Bill — and why should you care?
Congress just passed an $867 billion farm bill. Here’s what’s in it.
Farm Bill: A Short History and Summary
The Farm Bill (archives from the NYT)

The 2018 harvest is almost done. What does this mean for food prices?

The end of the calendar year normally means corn and soybean farmers are wrapping up harvests of their crops.  Tough weather conditions have slowed the harvest in some production areas.  But overall, more than 90 percent of the corn and soybean harvest is completed. The final numbers will impact future farm production trends and have implications for future food prices. 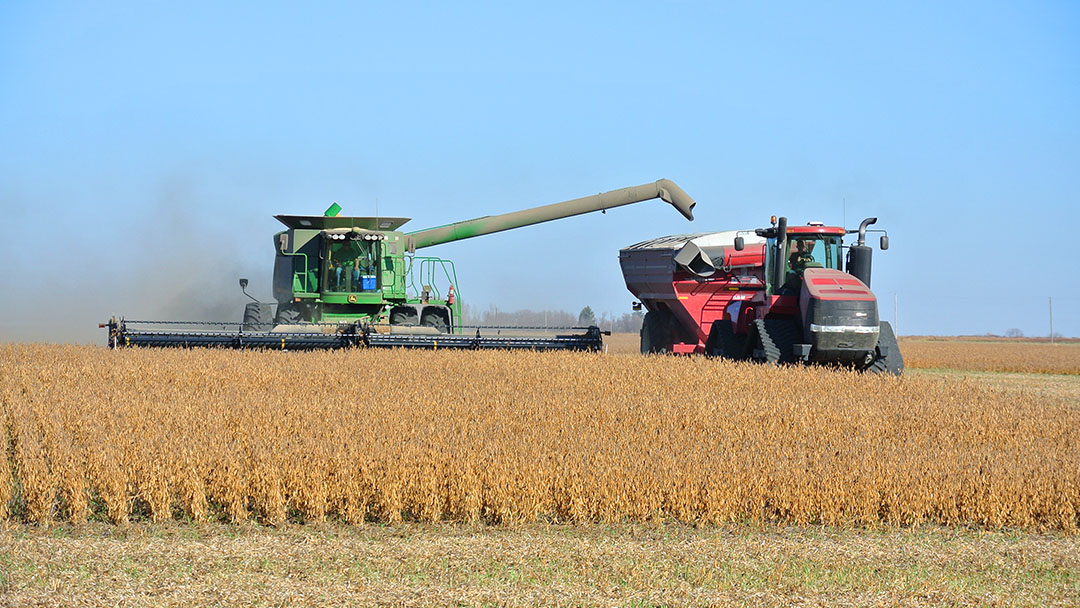 The Department of Agriculture will release official numbers for the crops in mid-January.  But all signs point to a good harvest for corn and soybean producers, with some early estimates pointing to crops of more than 14.6 billion and 4.6 billion bushels, respectively.

Why should anyone outside the farm community care about such dry and mind-numbing statistics?  Because they point toward the future for supplies of the commodities that fuel the American food system – and the prices consumers are likely to be paying.

Experts are looking to see not just what stocks are on hand, but what farmers’ intentions for the next crop year will be.  Big stockpiles – and an export outlook clouded by trade tensions — can mean tough markets for soybean exports, for example.  Waiting for higher commodity prices, many farmers stockpile their crops rather than sell them thus creating more uncertainties. That may lead to smaller planted acreage for soybeans in the coming year as stocks increase and producers look for alternative crops, such as corn or specialty crops such as hemp.

Government estimates of food expenditures, meanwhile, show modest growth in prices paid for food.  USDA estimates say, prices for food consumed in the home should hold flat, or rise by only 1 percent, while prices for food consumed away from home are projected to be up 2-3 percent.  This is mainly due to higher labor costs.  Projections for 2019 show similar modest increases in food prices.

What keeps food costs so stable in the midst of such ups and downs in the commodity world? Part of the answer lies in the complexity and efficiency of the modern food chain.  Statistics show that the cost of key commodities represents a small fraction of the total food dollar – somewhere between 12 and 15 percent, by most estimates.  (Incidentally, the commodity share of the food dollar has shown a steady decline in recent decades.) The remainder goes to processing, packaging, transportation, retail costs, food service costs and other costs (such as energy, financial expenses, and insurance).

The European Court of Justice earlier this year ruled that held gene-edited crops must be subject to the same onerous regulatory standards as genetically modified organisms (GMOs).

While many anti-GMO groups hailed the Court’s actions, reaction to the ruling ranged from howls of outrage to sighs of despair among the scientific and agricultural communities.  The ruling would effectively make Europe a non-player in the world’s efforts to use gene editing technology – known as CRISPR – to spur the next generations of agricultural innovation and progress in better plant development.

Now 75 leading scientists from a spectrum of European life science research centers have called upon European policymakers to reverse the court’s decision.  How policymakers respond will provide the next big indictor of which direction Europe will move in the global effort to produce the innovative new plants needed to deal with growing world demand for food – plants capable of resisting disease and pests, crops capable of dealing with changing climatic conditions, organisms capable of thriving on less water and fewer added field nutrients.

Glyphosate Debate No Closer to Resolution

2018 was a big year for glyphosate – the key ingredient in Monsanto’s widely used herbicide, RoundUp.

Glyphosate has been under steady and sometimes heated attack by a range of individuals and organizations concerned that excessive exposure to RoundUp can cause cancer.  When a California jury awarded $289 million to a man claiming the product caused his cancer, the debate entered a new and even more contentious phase. The award was later reduced to “only” $78 million, but new trials involving thousands of claimants remain in the works in various locations. 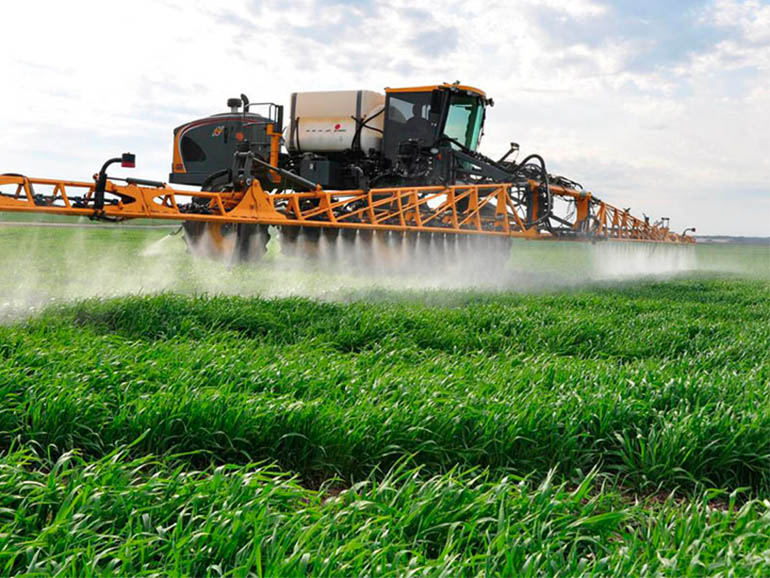 Expect to see the battle spill from the media and courtroom to the legislative arena.  Bayer AG, who acquired Monsanto for $63 billion in June 2018, has signaled its intent to continue battling to defend what it sees as a proven and important tool for farmers worldwide.  In early December, the company garnered widespread media coverage when it posted more than 300 studies regarding the safety of glyphosate. As part of the company’s “Transparency Initiative,” the release was touted as an important step in establishing trust in the science behind its products.  That material also has been provided to the European Parliament as part of their deliberations on the renewal of authorization for glyphosate production.

The debate in the European Parliament mirrors the political divisions related to GMOs.  Many legislators see a need to embrace science and products that maintain the EU’s competitive position in the global agricultural system.  But others favor a more restrictive approach as they think it is the best way to protect human health and the environment.

With all these contentious topics in ag affecting everything from global trade to the food on our plates, we think 2019 promises debate to keep opposing battle lines drawn and guns blazing in courtrooms, legislatures, and media across both Europe and the United States.