My friend called me right after the ransomware attack on one of our nation’s largest meat suppliers, JBS S.A., with a lot of questions. “Lucy, give me the dirt here,” she said. “What happened? Is our meat safe? Are we going to run out of meat? Should I stock up?” Here's what happened next....

The best part of the conversation with my friend was her honesty. “Lucy when I think of how we get our meat, I think of Yellowstone, the TV series. It’s Kevin Costner and a bunch of hot cowboys rounding up cattle under a gorgeous setting, herding the cows into a warehouse where they come out the other side as my Bubba burgers. So I’m pretty unaware of how technology plays into this”.

After we got done laughing, I realized that was a fair point. After all, the food supply chain is not visible to most and the technology used in ag is not something people think about on a regular basis.

I assured my friend the cyberattack did not make our food unsafe and that there wouldn’t be any shortages. I told her I would use this week’s blog post to explain the entire cattle-to-meat process, the role technology plays, and what the ransomware attacks did. And, I even promised to sneak in a photo of those hot cowboys from Yellowstone.

What Happened to JBS? 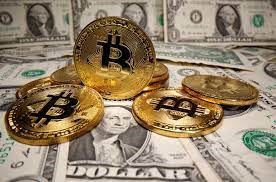 Let’s start with the basics. Brazilian-based JBS, the largest meat supplier in the world experienced a ransomware attack. The FBI believes that REvil, one of the most advanced Russian cybercriminals in the world, hacked into JBS computer systems and either encrypted its files or shut its system down in all U.S. beef plants, as well as its meatpacking facilities around the world.

In return, the hackers wanted money; JBS ended up paying them $11 million in ransom. The payment was in bitcoin.

In the past, criminals kidnapped people in exchange for money. Today, it seems that kidnapping computer systems in return for U.S. dollars or cryptocurrency is a more lucrative business.

What Does Technology have to do with Cattle?

Think of processing cattle like an auto assembly line, but in reverse. When a car is made, 30,000 parts must be assembled before it gets shipped to the auto dealership. Cattle, on the other hand, get taken apart into over 1,000 SKUs. We eat about 63% of the animal and the rest goes into just about every other industry imaginable. Most people don’t think of cattle when imagining the ingredients used in medicine, pharmaceuticals, soaps, fine bone china, leather, and even asphalt. 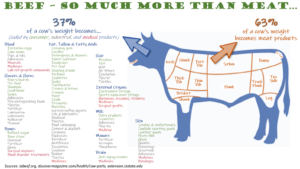 In the United States alone, more than 100,000 cattle are processed six days a week. JBS produces between 20%-25% of global volume — further evidence of South America’s rapid growth in livestock production. The technology involved to create the assembly line of 1,000 SKUs is intricate and complicated.

First, the cattle need to be trucked from the grasslands or the feedlot to the processing plant. An inventory management system is needed to purchase the cattle. As they are waiting outside, they are individually tagged and identified. Each animal has its own identification code that follows the various body parts at every stage. For instance, a particular code is associated with the ground beef you buy at Walmart and the steak at Kroger’s. And the tongue that is sent to Japan. And the liver that winds up in Egypt.

After the hide is stripped off the animal, the carcass goes into a washing station. Think of a car wash. It gets cleaned and the goal is to remove and kill all pathogens. Computer settings control the amount of water, spray, and heat. After the wash, USDA employees use computer-driven scanners at each processing plant which inspect for pathogens, grades each carcass and make sure the facility meets strict HACCP requirements.

Technology is critical to managing the 2,000-plus employees in the facility. Each employee in these meat-processing plants stands next to a large, precise, and sophisticated assembly line. The line keeps moving so each worker has to keep pace by cutting their specific parts such as the tenderloin, ribs, and strip loin, etc. The technology tells the plant manager how many workers are present, how productive they are, and if there is any wasted meat. 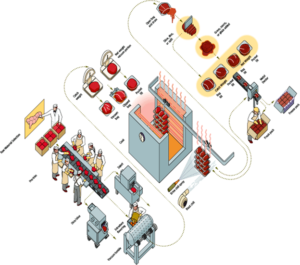 Quiet on the Set

As in Yellowstone, the typical meat plant is much like a movie studio, with hundreds of people all doing different jobs to create the final product, a polished cinematic gem. Everybody has a part to play and a carefully crafted script to follow, and that script is run by technology.

If the lights are wrong or the sound isn’t perfect, or the sets or costumes aren’t completed or the actor flubs a line, the whole process grinds to a halt. Cattle processing demands the same coordinated ballet.

Plant managers depend on computers for that coordination and control – to pull dozens if not hundreds of actions altogether, effectively, and efficiently.

After this incredible coordination of processing the animal –where does all the beef and the over 1,000 different SKUs go? Managing and sending all those parts is definitely not executed with an Excel spreadsheet and a fax machine. Complex automated inventory management systems send each item boxed and shipped around the country and throughout the world. In the average meat facility, about 5,000 animals go through the system every day.

And each animal produces about eight boxes of beef which must be invoiced and sent to the right locations. While there are giant coolers that hold about 100,000 boxes of beef, the product can’t sit there for more than 24 hours. Every day, about 60 trucks come to the facility to pick up the 40,000 boxes that must be trucked out to their customers.

Every step from the ranch and/or feedlot through the processing plant to the grocery store or restaurant is handled with a complex data management system. When that breaks down as it did in the case of the JBS hacking, it halts the entire beef production – from steaks to animal feed. This time the hackers picked an exceptionally good time to infiltrate JBS’s system.

For the next three months, beginning on Memorial Day, meat consumption is at an all-time high, and the number of cattle that get processed each week increases by about 10%-15% to meet the needs of worldwide grilling, barbecues, and overall summer fun. It is very encouraging to see how quickly JBS was able to respond and get its systems up and running.

Keep Calm and Carry On

According to NPR, REvil has indicated that the agricultural industry will be a target. So far, Mondelez, Molson Coors, Campari, Arizona Beverages, MGP Ingredients, Wendy’s, Huddle House, Caribou Coffee, Dunkin’, and Sonic have all had cybersecurity incidents within the past few years.

It looks like this is just something corporate America has to live with. Given that these were not as well-publicized as the JBS attack, we can assume that this will be an ongoing issue where the company will handle it and keep its business operational. It is a matter of who has the better technology.

Yes, there are still hot cowboys on the open range. Think Yellowstone. But there’s also serious technology involved to create your favorite hamburger and the glycerin for soap. The meat industry is very versatile, and you won’t be fighting for the last steak or hamburger in the grocery store. The JBS hack is another wake-up call for every business that uses technology. Especially the infrastructure industries like agriculture, food, banking, and energy. Every company will have to have a risk management system that will help protect itself from being cyber attacked and kidnapped.

Covid’s Effect on New Tech in Our Food System