A Brief History & Some Vegan Options

Food and wine go hand in hand, not just today but throughout history, too.

The production of food from farming preceded the production of wine by several millennia – but in historical terms, not by all that much. It seems that the practice of “pairing” food with wine is nothing all that new, either.

Various sources contend evidence of wine-making dates back almost 9,000 years in China, only slightly longer than estimates for Asia and Europe. Evidence of actual wine production can be traced to Armenia in roughly 4100 BC, where archeologists found traces of a device for crushing grapes, a system for moving the crushed product to storage containers and indications of the fermentation of red wine.

Experts in such things point out that humans only began farming about 10,000 B.C., in the “Fertile Crescent” area of the Middle East – an area including parts of modern-day Egypt, Iran, Iraq, Israel, Jordan, Lebanon, Palestine, Syria and Turkey. Evidence of farming in North America, by contrast, dates back to about 5,000 BC. 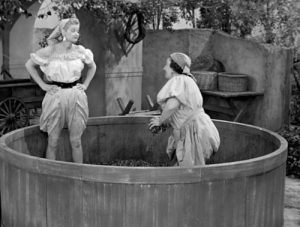 Vegan.com is a handy reference for anyone seeking to identify true vegan wines. Another resource is Barnivore.com, which provides information on a range of vegan alcoholic beverages. Barnivore lists almost 5,500 wines available in the United States alone that qualify as “vegan friendly.”

Among those widely advertised as vegan or vegan friendly: 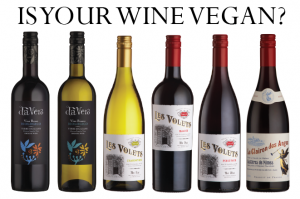