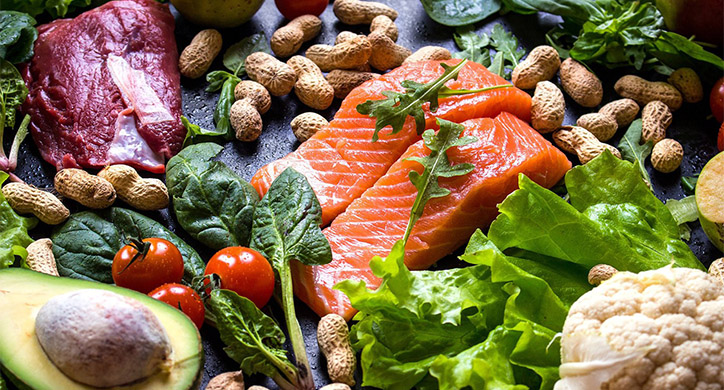 The Mediterranean Diet has been touted as one of the most beneficial “diets” on the market. Can it help hopeful healthy-eaters enjoy a better relationship with their food?

Originating in Southern Italy and Greece, this diet takes a different approach to eating— and focuses on the importance of whole, well-balanced foods including lots of fresh fish, fruits, and vegetables. In fact, it is not really a “diet” at all— it’s more of a healthy approach to food!

So, what do Mediterranean people typically eat?

Well, the diet is high in healthy fats— and as we have previously reviewed on D2D, fat is our new friend! These healthy fats often come from olive oil, nuts, and fish, which happen to be indigenous, fresh and plentiful in the Mediterranean. 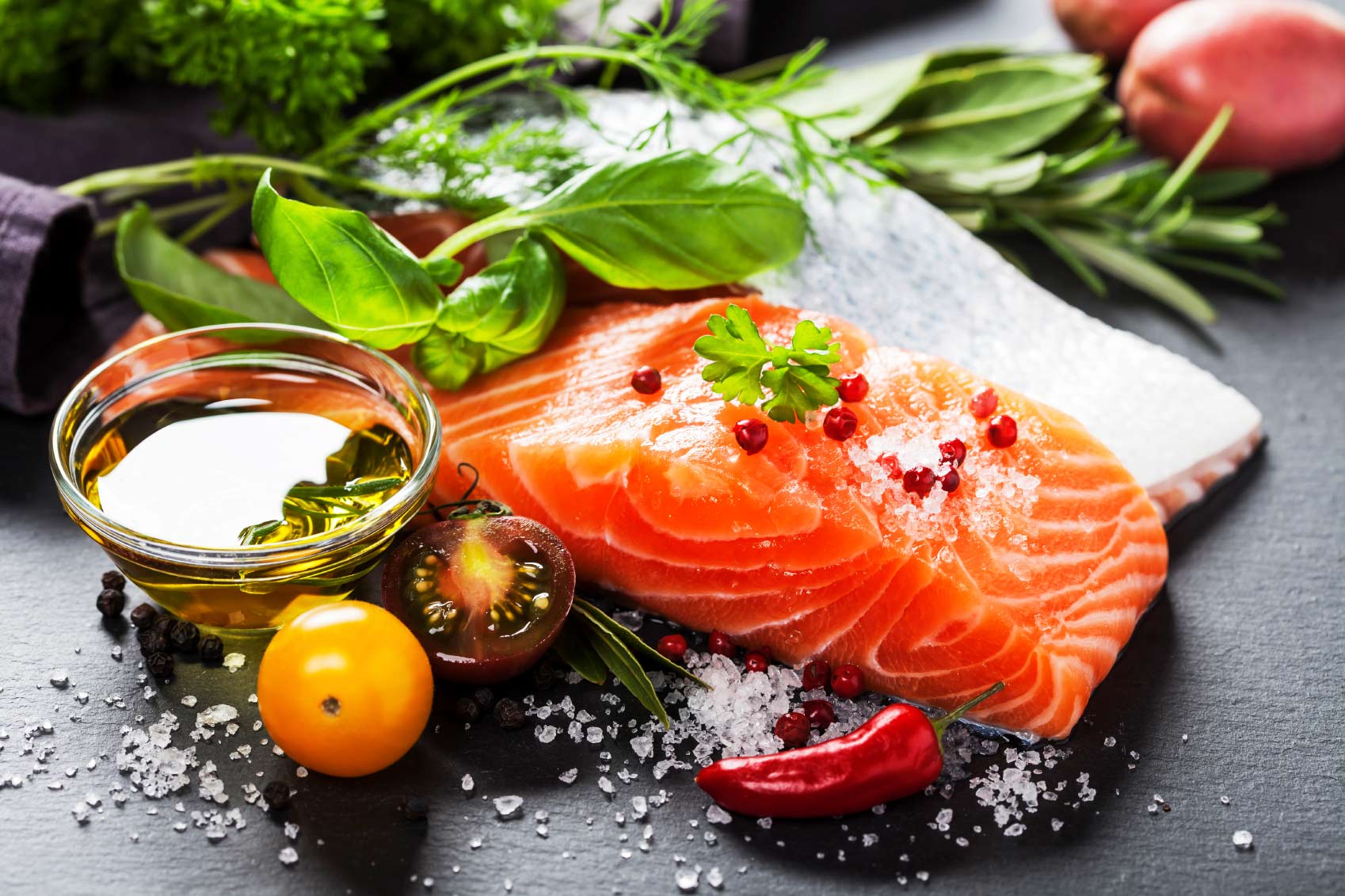 This means the diet is high in healthy fatty acids like omega-3 and omega-6, which are the only two fatty acids that your body cannot create naturally. In addition to fat, the diet also emphasizes the importance of eating fruits, vegetables, legumes (like beans and chickpeas), and whole grains. Lean protein, like eggs and poultry, are also included in moderation and red meat can be consumed on occasion. Clearly, this approach gives you a lot of choices— but, it asks you to cut back on the sugar. While we all love the occasional sugar fix, as we reviewed in “Sugar is Sugar is Sugar,” most of us are over-indulging.

The average American typically eats 2-3x more than the recommended daily amount of sugar. The World Health Organization recommends that we reduce the intake of added sugar to at least 10% of our daily energy intake. They further indicate that a reduction to below 5% would provide additional health benefits.  This equates to about 100 calories or five to six teaspoons a day.

Taking this one step further, the Mediterranean diet recommends that you only eat refined sugar (i.e. baked treats, sweetened beverages, and candy) a few times a week.

How is the Mediterranean diet different?

Unlike most diet regimens, the Mediterranean diet does not fixate on the inclusion or exclusion of any specific foods, like Atkins with protein or Paleo with grains and legumes. Other than discouraging the overconsumption of red meat, sugar, and refined foods, there are no gimmicks. No, you are not asked to mix lemon, cayenne, maple syrup, and water and give up solid foods for days on end! This sounds like a step in the right direction, right? 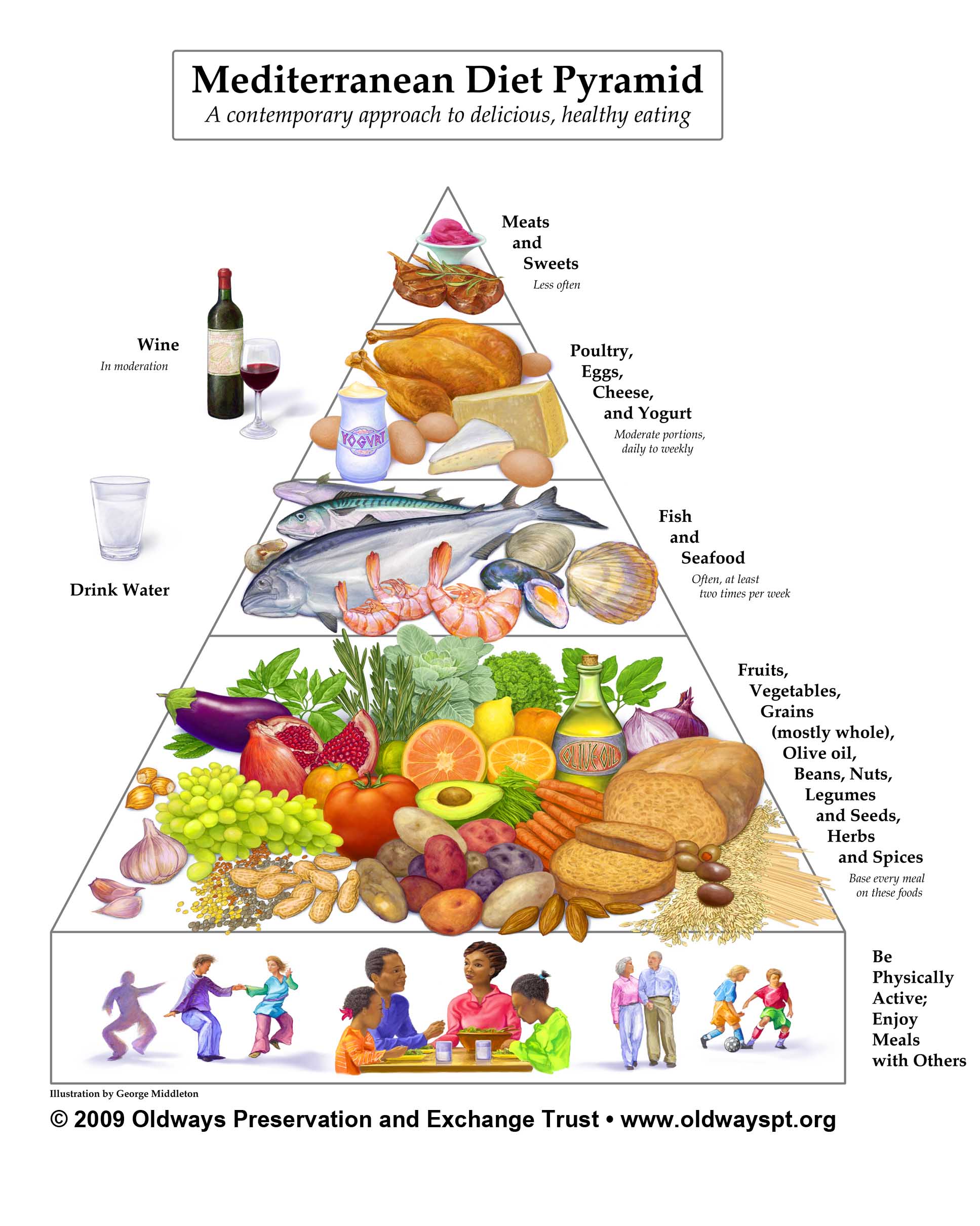 People are catching on to the health benefits of the Mediterranean diet.

Recently, U.S. News and World Report named the Mediterranean diet the second best diet to follow, after the DASH diet. Because of its food variety and slow approach to weight loss, this diet promotes healthy eating habits over your lifetime.

In January the New York Post dubbed the Mediterranean diet “still the best way to lose weight.” The article reported that over 3,000 studies have been performed on this regimen and Nutritionist and author of the book Zest for Life, Conner Middelmann-Whitney commented, “to my knowledge [no studies] have found that the diet has any adverse effects” to be concluded from these studies. 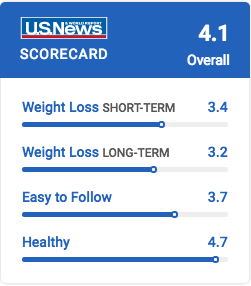 Additionally, according to the Harvard School of Public Health, Department of Nutrition, “Together with regular physical activity and not smoking, our analyses suggest that over 80% of coronary heart disease, 70% of stroke, and 90% of type 2 diabetes can be avoided by healthy food choices that are consistent with the traditional Mediterranean diet.”

The Mediterranean diet is linked to a reduction in heart disease.

The reason this diet method first became popular and gained notoriety in the U.S. is actually because of the spread of heart disease. According to the Center for Disease Control and Prevention (CDC), heart disease is the leading cause of death in the United States. Roughly 610,000 people die of heart disease every year. That is 1 in 4 people! Unfortunately, as American’s continue to struggle with obesity these numbers get bigger. 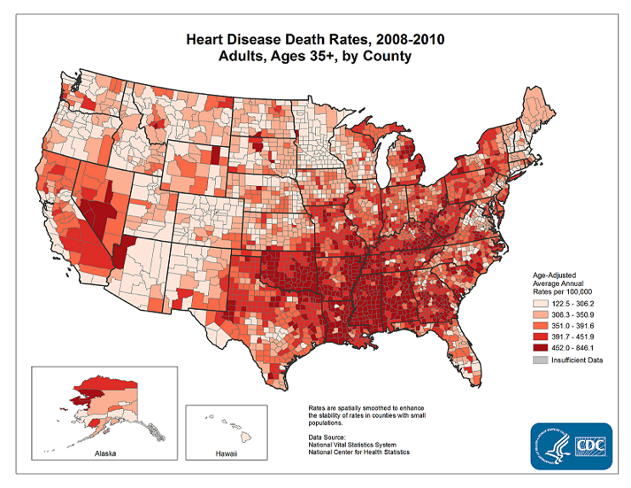 In the early 20th century, as heart disease was first being understood by doctors and scientists, researchers began to look at different populations and how they were affected by this disease. It soon became clear that those living in places like Southern Italy and the island of Crete in Greece experienced far fewer instances of heart disease than in the U.S.

That got the food scientists and researchers thinking—could their diets have something to do with this?

To date, there have been roughly 3000 studies affirming the positive effects of the Mediterranean diet. Within these studies, there are several conclusive long term human trials studies on the health benefits of the diet.

One study worth noting was conducted in 2013 and called “PREDIMED” or Primary Prevention of Cardiovascular Disease with the Mediterranean Diet.

This randomized study monitored 7447 participants who were considered “high risk” for cardiovascular disease (CVD) over a five-year period. The study included three groups:

The famed essential unsaturated fatty acids are linoleic omega-6 and linoleic omega-3. They are the only two fats your body cannot synthesize from other fatty acids. Thus, they need to be replenished through your food. As far as your brain is concerned, these fats protect the nerve fibers and enable your brain to send messages faster. Fat also helps your body absorb vitamins (particularly fat-soluble vitamins K, D, E & A)

The study concluded, “As compared with the control group, the two groups that received advice on a Mediterranean diet reduced the risk of cardiovascular disease by approximately 30%. Specifically, in the context of a Mediterranean-style diet, increased consumption of mixed nuts or substitution of regular olive oil with extra-virgin olive oil has beneficial effects on cardiovascular disease.” (The New England Journal of Medicine)

On January 4th, 2017 the American Academy of Neurology released a press release that stated, “a new study shows that older people who followed a Mediterranean diet retained more brain volume over a three-year period than those who did not follow the diet as closely.” The participants of this study that followed the Mediterranean diet “lost less brain volume” than those who maintained a standard diet. It included 967 participants from Scotland and tracked their brain over a three-year period. 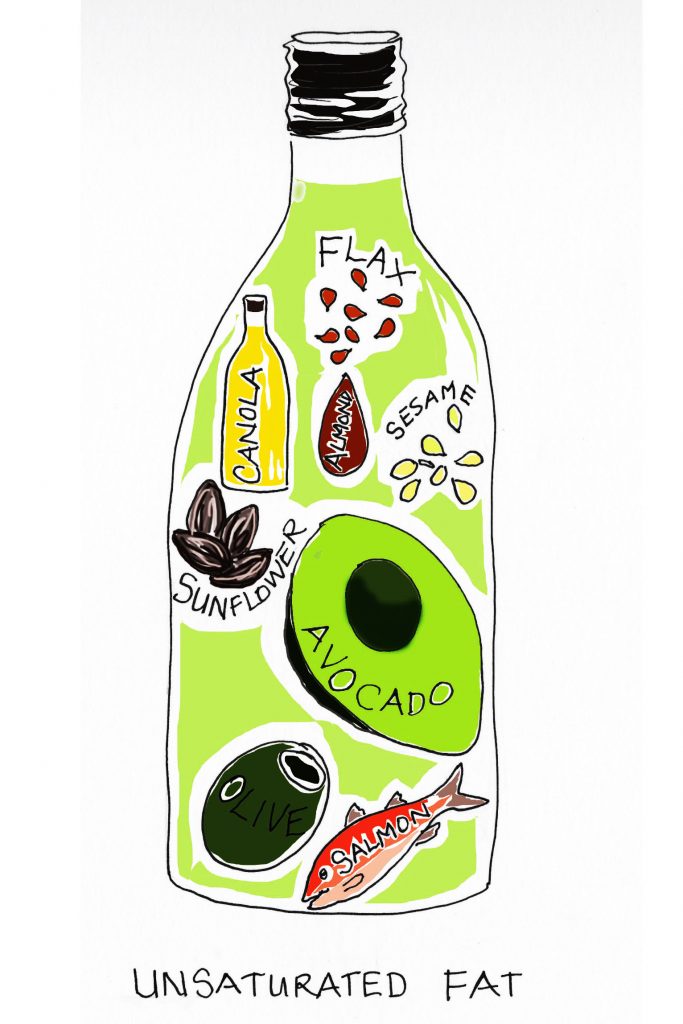 “As we age, the brain shrinks and we lose brain cells which can affect learning and memory. This study adds to the body of evidence that suggests the Mediterranean diet has a positive impact on brain health.” -study author Michelle Luciano, Ph.D., of the University of Edinburgh in Scotland

Additionally, a  second “PREDIMED” study began in 2013, ran for three years, and included 3000 participants. This study targeted cardiovascular disease prevention and the results from this study will be available in 2020.

Yes! You can. It takes a more thoughtful approach to food purchase and preparation, but ingredients are readily available at any grocery store and cookbooks are full of information.

Have some fun in the kitchen, and start to recognize healthy ingredients when you dine out! What we like about the Mediterranean approach is that you are not forced into any particular diet plan. And one of its biggest benefits? A variety of food choices!

It is important to keep in mind, however, that everyone’s body is different and processes food a little bit differently. In fact, individual ingredients are not usually unhealthy or healthy on their own, but rather the over-consumption or under consumption of that one particular item. Thus, portion control and diet variety are important on this regimen. Over-consuming almonds and olive oil, for example, can be unhealthy!

In an interview with The NY Post, Lisa Dierks, Wellness Nutritionist at the Mayo Clinic, highlights a very important part of the Mediterranean diet— the dedication to the number of servings. The average American falls short on the daily recommended intake of both fruits and veggies, and the Mediterranean diet asks that you increase that intake from five servings a day to roughly six or seven servings. You need to be aware of the number of fruits and vegetables you are getting every single day.

The Mediterranean diet is well-balanced and includes lots of fresh fish, fruits, and vegetables. The diet is a healthy way to approach food, is healthy for your heart and health, and will promote healthy eating over your lifetime. Seek out recipes or menu items that include fresh, local ingredients that are easy to prepare. 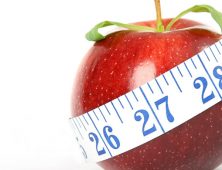 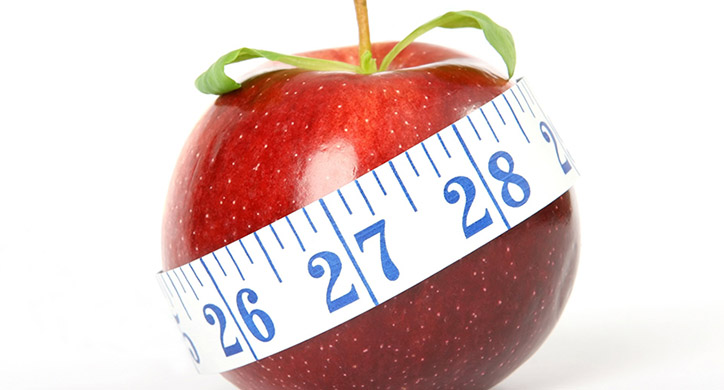 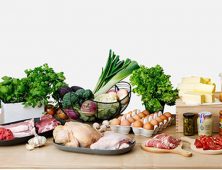 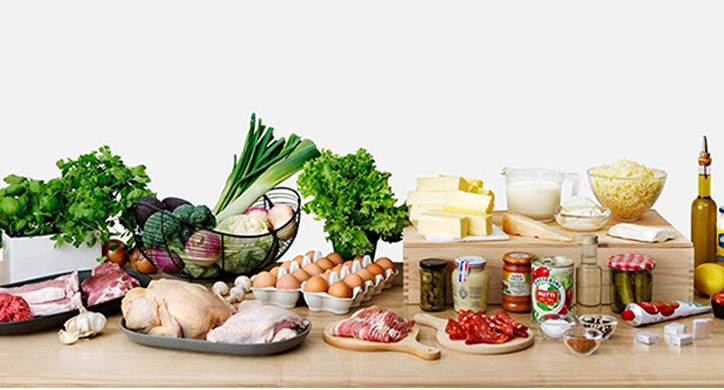 The Ketogenic Diet: Fueling the Body with Fat 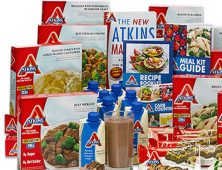 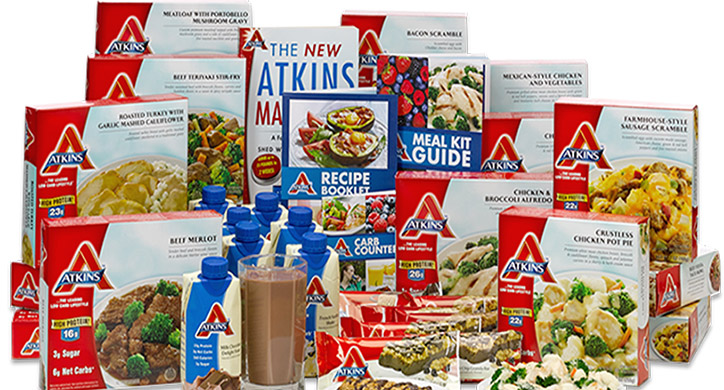 The Atkins Diet – Does it Work?