If You Can’t Say Anything Nice… 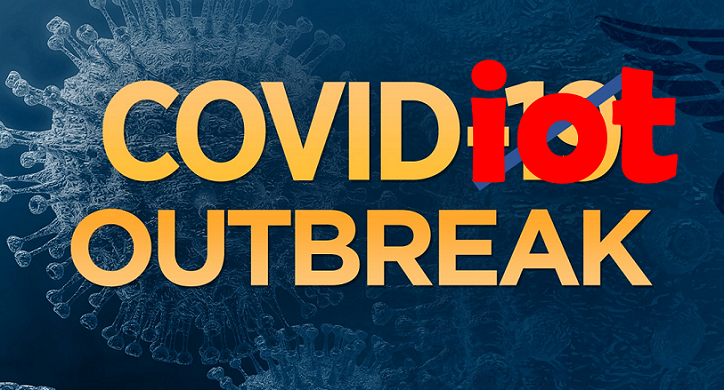 My mom always told me it wasn’t nice to make fun of people, even when they did things that I thought were incredibly stupid. You know, the old “if you don’t have anything nice to say, don’t say anything at all” mantra. She had a point, since she could (and repeatedly would) recite the long list of Olympic-caliber dumb things I’ve done over the years. Glass houses, I suppose.

But forgive me, mom.

I can’t help but think that some things I see around me in the world today are undeniably foolhardy… reckless… senseless… and sometimes, just plain funny. Maybe it’s the effects of being locked away from normal human contact for too long. Maybe it’s the stress created by the undeniably tragic results of a global pandemic, and the lack of control we feel over our own fate. Maybe it’s just humans being – well, human beings.

But consider some of the news reports about how we’re responding in this stressful age, including the ridiculous things some people will do. Some are understandable reactions of people under stress. And forgive me again, mom, I just can’t help but think at least some of these people are idiots. Maybe that’s why so many people are talking about “COVIDIOTS.”

Below are some of our favorite stories that make our official “Covidiot” list. We advise you not to try any of these at home – we don’t want to add any more shockingly silly actions to our expertly refined list of absurdity.

The Runners Up are… 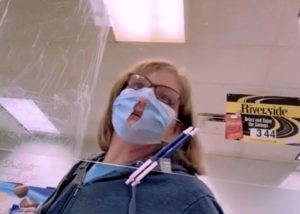 How NOT to make your own mask.

A Kentucky convenience store worker reports serving a customer who obligingly wore a face mask…with a giant hole cut out for her nose and mouth. “It makes it easier to breathe,’ the customer explained. Video of the incident has become a hit, with more than 4 million views. Most of us like to see people try, even if they wind up failing. 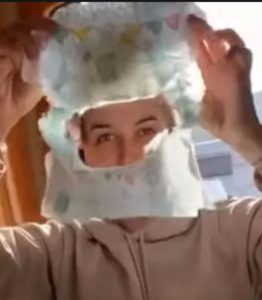 Patrons at a popular big-box store were used to the unusual. But when a couple entered wearing absorbent protective under-garments as face masks – well, that did stand out a little bit.

Their approach may or may not have been effective in preventing transmission of COVID, but it sure made for a lot of elbow room in the check-out line. So let’s be generous and say they may not qualify as full-on Covidiots since it’s a step up from purposely putting a hole in your mask. But they are getting awfully close. 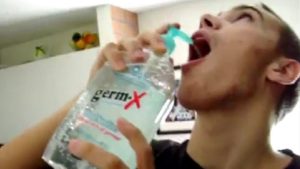 The FDA reports incidents of blindness, hospitalization and even death from an increase in drinking hand sanitizers, notably those containing methanol, a poison usually associated with bad liquor. FDA suggests avoiding sanitizers with the dangerous chemical – and by the way, to avoid ingesting it. That’s your tax dollars hard at work there. 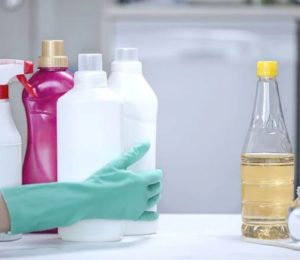 In June, the CDC issued a study that found 39% of those surveyed were engaged in “high-risk practices” in order to avoid contracting the COVID-19 virus. What kind of high-risk practices do you ask? “Washing food products with bleach, applying household cleaning or disinfectant products to bare skin, and intentionally inhaling or ingesting these products,” CDC reported. Four in every 10 people did stuff like this? This does not bode well for humanity.

Certain minerals – zinc, for example — can have beneficial health effects. But silver ain’t necessarily one of them. In fact, silver can be dangerous to health, experts agree. Amid all its COVID-related advice, the FDA has issued yet another warning against purchasing products sold as “colloidal silver” or “silver solution” as a protection against COVID – despite some fraudulent claims to the contrary. Silver might kill werewolves and other fictitious beasts and villains, but not the coronavirus. The virus is tougher, meaner, and more dangerous. So, in this case, the bite is worse than the bark! 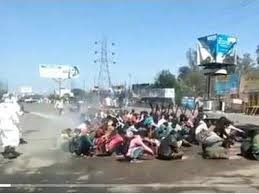 Take me to the (chlorine) river.

International news reports tell of local authorities in India spraying huge crowds with a mixture of chlorine and water. Disinfectants are an important tool in the fight against the coronavirus when used on surfaces. But sprays like this won’t do anything to deal with the virus if you have already been exposed or once it already has entered the body.  It might help prevent, but it won’t cure. But whatever the intention, this practice seems downright demeaning. 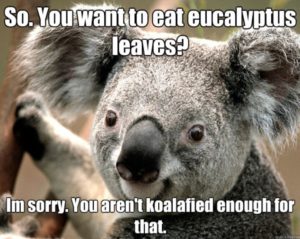 Leave the eucalyptus for the koalas.

Indonesian government officials have been forced to refute claims that eucalyptus can help prevent the coronavirus after their very own agriculture minister had claimed that wearing a necklace made of eucalyptus for 30 minutes – as he was doing – could prevent transmission of the virus. “We know that the world has not yet found a cure for the disease,” a leading Indonesian scientist observed. “I think it would be wise for us not to spread further claims to a panicked society.” Sounds good to me. 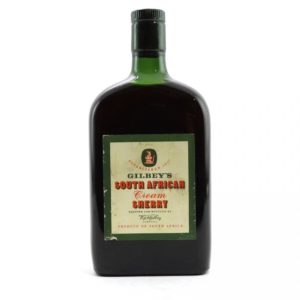 Let’s think about this over a drink.

A South African woman claimed she had found an answer for COVID-19 when a thoughtful uncle brought his hospitalized nephew a small bottle of brown sherry, which seemed to cure the poor lad the very next day. Manufacturers of the supposed magic tonic quickly issued a statement denying any link between their product and a miracle cure, despite numerous claims to the contrary on social media. But bottles of the stuff reportedly have been flying off store shelves anyway. This stuff might not cure you, but maybe it’ll make you forget you ever had it!

And, without further ado, our winners:

It must be true. It’s on the internet. 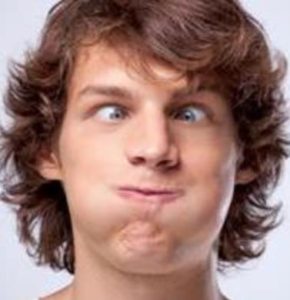 Social media is a powerful new communication tool. But we’ve already seen that it can sometimes go rogue and drive health experts crazy. Consider recent reports across multiple apps that, by holding your breath for 10 seconds every day, you can test yourself for COVID. As one post explained: “If you complete it successfully without coughing, without discomfort, stiffness or tightness, etc., it proves there is no (COVID-19 caused) fibrosis in the lungs, basically indicates no infection.” I’m tempted to add my own post: And if you stop breathing altogether, you’re probably dead. 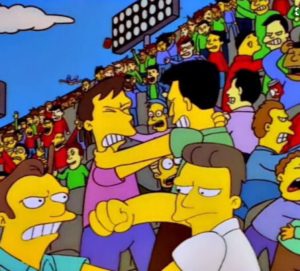 A punch a day keeps the COVID away. An 81-year-old restaurant owner in Massachusetts refused medical treatment after a customer slugged him during a dispute over the patron’s lack of a face mask. Bistro employees followed the attacker out of the restaurant and continued the (not very socially-distant) physical altercation before police arrived. “I don’t think the cops handled the situation very well,” the attacker said later. Hmmm…perhaps you should take a look in the mirror? Hope you’re wearing a mask when you do. Or don’t. 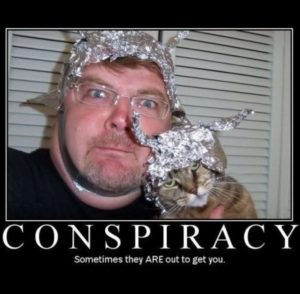 Get a free microchip with every vaccine.

A May survey by Yahoo News/YouGov found that as many as 28% of people believed a rumor that the push for a COVID vaccine was actually part of a plot by Microsoft billionaire Bill Gates to implant monitoring and tracking microchips in billions of people worldwide.

Spot the 28% by looking for the tin foil hats they wear to protect against alien brain scans. 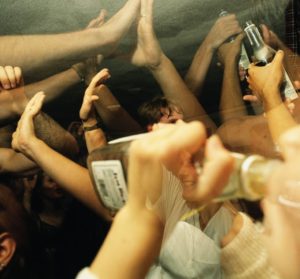 Alabama authorities are asking for help in dealing with “COVID parties” arranged by various groups of young people, especially students at the State University in Tuscaloosa. Attendees put money in a pot – and then intentionally try to infect one another with the virus, using people known to have the virus. Whoever gets COVID first wins the pot.

“It makes no sense,” a Tuscaloosa city councilor observed. What an understatement – considering the Alabama death total from COVID-19 is approaching 1,000, with more than 10,000 reported cases of infection in less than the past month.

I don’t always socially distance, but when I do…

It probably doesn’t qualify as stupid. But it made me shake my head anyway. Dos Equis beer is doing its part to help all of us maintain social distancing with a new six-foot beer cooler, appropriately and imaginatively named the “Seis-foot cooler” by an undoubtedly overpaid marketing guru somewhere. This triumph of making marketing hay out of national crisis allows “you to theoretically share the cooler with a pal while also simultaneously sitting six feet apart.” Or you could just lay about a dozen empties end-to-end.

Try not to earn your place at the 2020 Darwin Awards by following official health guidelines and common sense. But if you know of any particularly absurd Covidiot stories lately, let us know and see if your nominee ends up here!

I suppose the obvious takeaway here would be, take nothing away from this. Literally. Have a good laugh, stay positive, and make sure you are staying safe and healthy by listening to health authorities, and not what you read on the internet or hear through the grapevine. Unless it makes you chuckle. 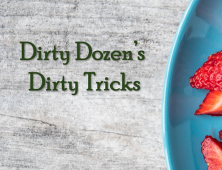 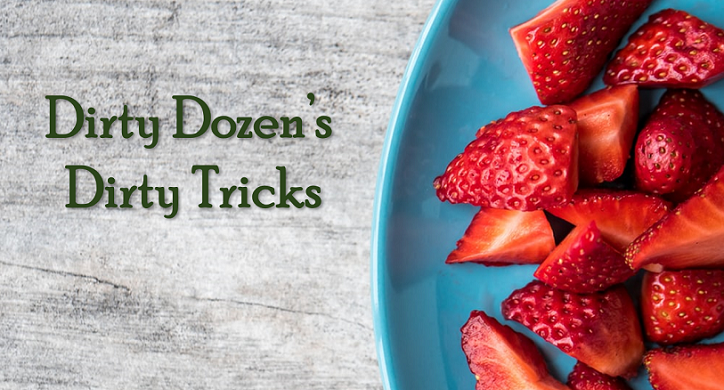 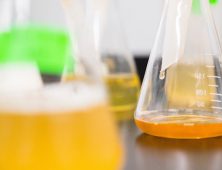 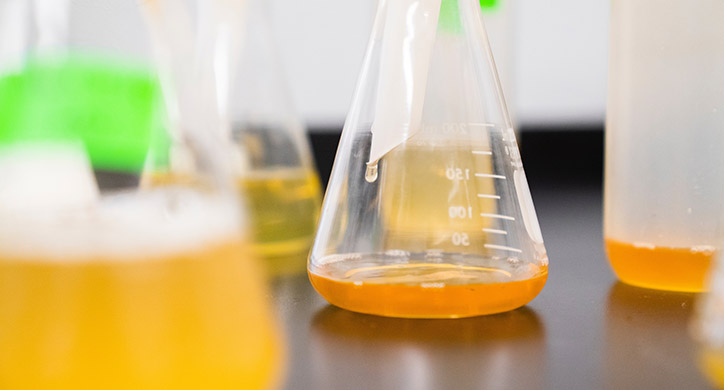 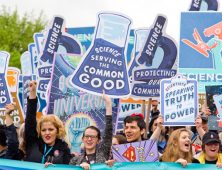 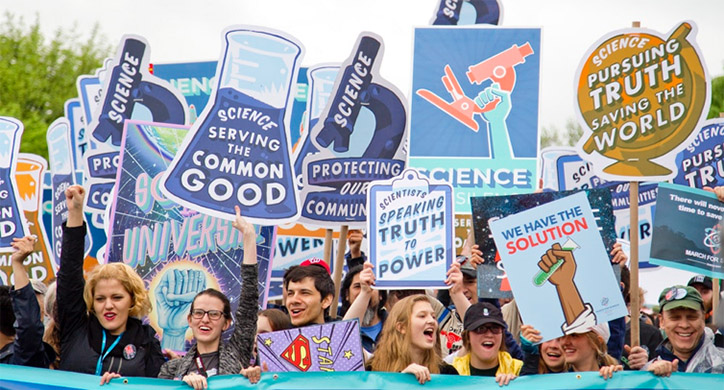