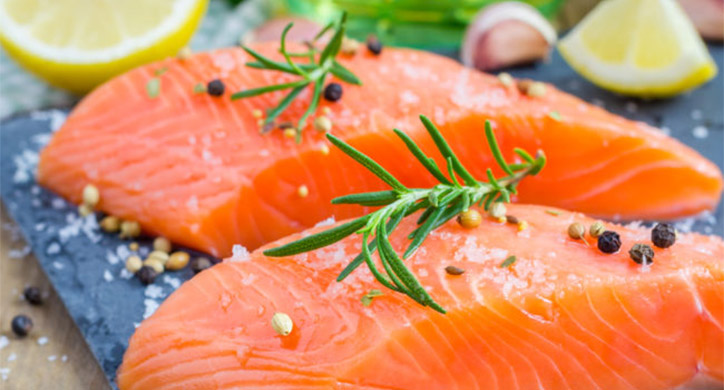 Alison Van Eenennaam is an extension specialist in animal biotechnology and genomics, Department of Animal Science, University of California, Davis. Follow her on Twitter @biobeef

This article originally ran at The Conversation as The science and politics of genetically engineered salmon: 5 questions answered and has been republished here with permission from  Genetic Literacy Project.

A Massachusetts-based company [in March 2019] cleared the last regulatory hurdle from the Food and Drug Administration to sell genetically engineered salmon in the U.S. Animal genomics expert Alison Van Eenennaam, who served on an advisory committee to the FDA to evaluate the AquAdvantage salmon, explains the significance of the FDA’s move and why some have criticized its decision.

How is AquaBounty’s salmon different from a conventional salmon?

The main difference is that AquaBounty’s AquAdvantage salmon grows faster than conventional salmon, and therefore gets to market weight in less time. This is desirable for fish farmers because it means the fish require less feed, which is one of the main costs in aquaculture.

Fast growth is a commonly selected characteristic in food animal breeding programs. The growth rate of chickens, for example, has increased dramatically over the past 50 years thanks to conventional breeding based on the naturally occurring variation in growth rate that exists between individual chickens.

To produce the AquAdvantage salmon, Canadian researchers introduced DNA from the King salmon, Oncorhynchus tshawytscha, a fast-growing Pacific species, into an Atlantic salmon genome 30 years ago. The AquAdvantage salmon are several generations removed from that original fast-growing founder fish. These fish inherited the King salmon fast-growth gene from their parents in the normal way, passed down through sexual reproduction.

The Food and Drug Administration approved AquAdvantage salmon in 2015. Why couldn’t it be sold in the United States until now?

Because the AquAdvantage salmon is a genetically engineered animal, it was required to undergo a mandatory premarket FDA safety evaluation. The agency completed that evaluation and determined the fish was safe in November 2015, after almost two decades of regulatory scrutiny.

Following this approval, Alaskan Sen. Lisa Murkowski introduced language into the 2016 federal budget bill that banned importation and sale of the genetically engineered salmon until such time as the FDA “publishes final labeling guidelines for informing consumers of such content.” According to her press release, she did this to protect Alaska’s fishing interests and Pacific “salmon stocks from the many threats of ‘Frankenfish.’

Soon afterward, the U.S. Department of Agriculture was tasked with developing the “National Bioengineered Food Disclosure Standard,” also known as the GMO labeling rule, which became effective on Feb. 19, 2019. This rule requires the fish to be labeled as bioengineered food.

In response, the FDA deactivated the 2016 import alert that prevented the genetically engineered salmon from entering the United States, clearing the way for its sale here. The fish had already been approved in Canada in 2016 and has been sold there since 2017.

Is there evidence that eating genetically engineered salmon could be harmful to people’s health?

It was also determined that the introduced King salmon gene was not a novel allergen. Needless to say if you are allergic to fish, don’t eat this AquAdvantage salmon or any other salmon either. In reality, there’s no such thing as a completely “safe food,” so what the FDA scientists concluded was that the food from AquAdvantage salmon “is as safe as food from non-GE Atlantic salmon.”

Some critics argue that the genetically modified salmon will escape and mix with wild stocks of fish. How likely is that?

AquaBounty is using multiple, redundant biological, geographical and physical containment measures that collectively decrease the possibility of its salmon escape and interbreeding with wild stocks of fish.

Currently, it is growing its engineered fish in land-based freshwater tanks in an FDA-inspected facility in the highlands of Panama. This limits their interaction with wild stocks of fish. They are also being raised to be all-female and triploid. Triploidy means the fish have three complete sets of chromosomes rather than the usual two. Triploidy renders females essentially infertile.

The fertile broodstock fish as maintained in a closed FDA-approved facility on Prince Edward Island in Canada that has physical and geographical containment measures. After reviewing those safeguards, Canadian health and environmental authorities concluded that “The likelihood of (genetically engineered salmon) exposure to the Canadian environment is concluded to be negligible with reasonable certainty.”

In 2017 AquaBounty purchased a fish farm in Indiana where they plan to grow out genetically engineered salmon. This site was approved by the FDA in 2018 as a grow-out facility. The advantage of growing the salmon in land-based facilities in the United States is that it provides a local source of domestically produced Atlantic salmon. Currently, most salmon eaten in the United States is farmed Atlantic salmon imported from Chile, Norway, and Canada incurring considerable transportation costs and carbon emissions.

The Pacific coast has a wild salmon fishery, and some of its representatives say the genetically engineered salmon is an ecological and genetic threat to native gene pools. But Atlantic salmon (Salmo salar) are in a different genus from Pacific salmon (Oncorhynchus spp.) species. This means they cannot interbreed.

In my view, claims that AquAdvantage salmon will negatively affect wild Pacific salmon populations are unfounded, due not only to the fact that AquAdvantage salmon are being raised in land-based tanks with multiple redundant physical, geographical and biological containment measures to prevent fish from escaping, but also due to the basic genetic incompatibility of these two distinct genera of salmon.

Where can I read more?

There are two comprehensive yet comprehensible write-ups that I highly recommend for readers looking for more detailed information on the science and politics of the AquAdvantage salmon. The first is from factcheck.org, a project of The Annenberg Public Policy Center, entitled “False Claims about ‘Frankenfish,’” and the second is by the independent educational site biofortified.org, entitled “Fast-growing genetically engineered salmon approved.” 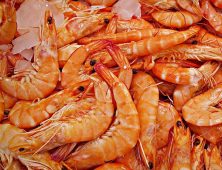 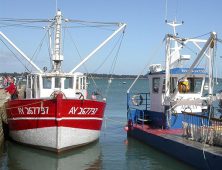