A Farmer’s Life on the U.S.-Mexico Border 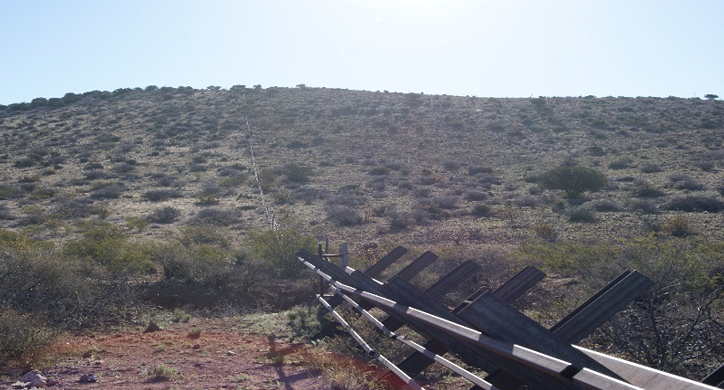 The American ideal of providing a haven and opportunity for those seeking a better life is alive and well. But the harsh realities that come from illegal immigration threaten to undercut that spirit of hope and optimism. While many farmers and ranchers depend on an immigrant workforce to help with their animals and harvests every year, some are at the front lines. Russell Johnson, a fourth-generation New Mexico rancher whose farm borders Mexico, faces these challenges every day. Which begs the question: how can we continue to fortify an agricultural workforce while protecting our farmers and ranchers at the border?

Every morning, Brandy Johnson cooks breakfast for her 6 and 3-year-olds and her husband, Russell. After kissing each other good-bye for the day, Brandy takes their children to school and Russell checks on hundreds of cattle on their family’s ranch. Before leaving the house, they each tuck a holstered 9mm pistol in their waistband.

While some Americans carry a pistol for basic protection, very few must consider defending themselves when they wake up in the morning. The Johnsons are not protecting themselves from grizzly bears, but rather the sometimes-dangerous situations that arise from those trying to cross the border right onto their backyard.

Immigrant Workers as an Essential Part of the U.S. Workforce

Many people from around the world have flocked to this country to build new and better lives for their families and future generations. They provide the labor behind countless essential job functions. Many immigrants harvest our crops and process our meat. Some maintain our households and tend to our homes and gardens. They ceaselessly study to pursue the knowledge and training that opens doors to more opportunities, better lives, and better futures. Some bring special knowledge and skills, already present yet unable to be used as productively as they should.

In total, immigrants of diverse backgrounds, capabilities, needs, and dreams provide an essential source of the energy and commitment that pushes our nation and our world forward. It is an approach to nation-building that has worked well for years. It remains a cornerstone of the traditional view of the American dream.

Many U.S. industries are reliant on this workforce. As of the most recent U.S. Department of Labor’s National Agricultural Workers’ survey report, almost half of farm laborers are unauthorized immigrants. And this isn’t just in the interest of labor costs…many farmers and ranchers have difficulty hiring local workers, as they just aren’t interested. As for the value of the immigrant workforce, a dairy industry study found that if the foreign-born workforce is reduced by 50%, 3,500 dairy farms would close and dairy product prices would increase by 30%. And this study was conducted before COVID-19…who knows what that figure would look like now?

But that vision of immigration as a good and positive thing is under assault. Desperate people taking desperate actions have made the question of immigration increasingly polarized. It is an unpleasant fact that Mexico and Central American countries like Honduras, Guatemala, and El Salvador, are rife with poverty, drug cartels, and crime, forcing many citizens to leave their homes. Compassion toward those who come over to escape for a better a life is necessary – intolerance for criminals is mandatory.

Illegal immigration today produces a political and social firestorm – a polarization of opinion that can be traced to the dangerous difficulties that face people across our nation – and none more so than those at the front line of the immigration question, like those along the U.S.-Mexico border.

Welcome to Cattle Ranching on the U.S.-Mexico Border

Russell is a fourth-generation rancher, grazing sometimes more than a thousand head of cattle in the rugged country of southwestern New Mexico.  His big spread abuts the U.S.-Mexico border for eight miles, marked by sparse vegetation and sparser water, protected and defined in long stretches by crude vehicle barriers or a single strand of barbed-wire fencing. The nearest city of any size is 40 miles away.  Everything here is big, and the scale of things immense. 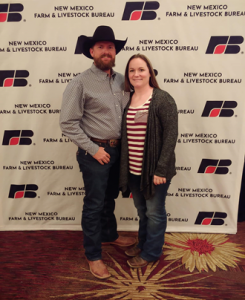 Russell and Brandy work hard to make a go of it in the demanding world of cattle production. It’s hard work keeping tabs on the cattle 24/7, protecting them from predators, and doing it all in a way that preserves the delicate balance that protects the natural resources they and their predecessors have relied upon for more than a century. It’s a rugged life made even more so by dealing with desperate immigrants passing through.

Russell patiently paints a scary picture of how illegal immigration has changed not just the way he manages his cattle operations, but maybe more concerning, how it has changed the way he and his family go about living their day-to-day lives.

He says the core of the problem is where his ranch lies. For miles and miles of that border, on either side of his ranch, there is no substantive barrier – other than that strand of barbed wire – standing guard against those intent upon entering the U.S. There is nothing to stop individuals from coming across their land. Increasingly, these newcomers come in waves of all-terrain vehicles, rampaging across the countryside in a headlong dash for that elusive better life somewhere north of the so-called border.

“It can be individuals, or groups being taken in by somebody with a van or a panel truck,” Russell explains.  “Sometimes they may be drug runners, or smugglers bringing cheap labor into the country for whoever wants them, or just people grasping for something better, no matter the cost or the danger for them or others.”

There’s no one way to define who is coming over. And that may be the point. “There’s just more and more of them all the time,” Russell observes.

“I have no problem with people seeking a better life,” he says in the laconic western drawl. “We all want better lives for our families. I get that. But what I don’t like is what I see happening to my life because we won’t face up to the big issue – which is building a workable immigration system. I’m tired of waiting. And frustrated.”

When a western cattle rancher says he is frustrated, it’s time to pay attention. 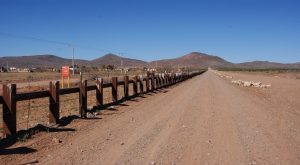 A Dangerous Way of Life

The increasing number of undocumented immigrants entering Russell’s ranch carries with it a lot of collateral damage.

“Well, it starts with my fences being taken down,” he says. “I get a call at 2am from Border Patrol telling me somebody has run down my fence. I have to get up and fix the fence all over again. And again, and again.”

But what animates Russell is something far more frightening than the repair expense, or the inconvenience, or more hard work. As a rancher, he’s used to that.

“It bothers me when I find one of my line sheds has been broken into for shelter,” he says. “Or even burned down to keep warm.”

Or consider the situation faced by Russell’s father and uncle during one of the worst cycles of immigrant flow into his farm. “My father and uncle’s pickup was stolen at gunpoint while they were checking on the chili pepper harvest. There were young men blending into the chili picking crew, but apparently, they were actually guarding a marijuana field in Mexico that had been raided. They needed a pickup to escape, but got it stuck in the mud just before they could cross into Mexico. The young men left the truck…some fled to a village just across the border and engaged in a gunfight with Mexican law enforcement, while a few others ran back into the U.S.”

“I’m not happy about it,” Russell adds. “But there are places on my property that I won’t let my children go – at least not without me or Brandy being with them, and without at least one of us being armed. The local police can’t be of much help. They just can’t cover all this ground.”

Asking if these kinds of episodes are a frequent problem or an occasional annoyance, Russell responds, “it goes in waves. We’ll go a while with only an occasional sighting, or even nothing happening. We’ll have a single drive-through, then have three or four for about a month.  Then they’ll move on to a new spot, the point of least resistance. They’ll move to where the Border Patrol isn’t…to where they aren’t focusing their limited resources.”

Trying to get state and other federal authorities to take action hasn’t produced much to help alleviate the problem.

“We contact all the right people, and sometimes they will send somebody out from the Border office to walk around and look at things,” Russell says, choosing his words carefully. “They don’t see anything or anybody of interest at that moment. So they sorta shrug it off and go back.”

What they don’t seem to appreciate, he adds, is that the problem is like water seeking the lowest level. “There are hundreds of miles of border” in this region, he says, including lots with nothing more than the wire fences. “When the flow of illegal immigrants builds up in one spot, Border Patrol might send out what resources they have available to help. But the runners always seem to sense when that is happening, and they just shift to another weak point and make that their way in. Then the whole process repeats itself somewhere else.”

It’s not that Border Patrol doesn’t want to try to help us, he adds. “It’s just that they don’t have enough people or resources of technology to cover it all.”  Russell knows; he used to be a Border Patrol agent, covering 67 miles of territory.

What Can be Done for Farmers at the Border?

“We need to secure our border with a barrier, put Border Patrol agents in place with the proper technology, and have immigration reform for those who want to be good productive citizens of our country.”

Russell adds, “Long-term is the real reform of immigration policy. Let’s find a way to let people in the right way so it works for them – and not the criminals.”

As it turns out, things are moving in Russell’s favor. As we prepared this post, significant progress has been made on their 3-mile stretch of unprotected border. Russell was eager to report that things have changed drastically on his ranch and, “for a change, it’s better”.  Wall construction has started on his family’s ranch and, furthermore, Russell received a status report that a contract has been in place to fortify the 3-mile stretch of barbed wire they feared was going to be left as a gap. This gives his family much relief in knowing that their property will no longer be a funneling point.

Communication here is key, as Russell had to elevate his needs to the Administration for this additional coverage. Though it’s not an answer to a much larger, pressing issue, it’s a step in a better direction that protects the Johnsons’ ranch while helping to direct flow through the proper channels.

The American vision of immigration as a good and positive thing is under scrutiny as never before. Desperate people taking desperate actions, and criminals taking advantage of this, have made the question of immigration increasingly polarized. Illegal immigration today produces a political and social firestorm – a polarization of opinion that can be traced to the harsh realities that face people across our nation – and none more so than those at the front line of the immigration issue, like those along the U.S.-Mexico border. 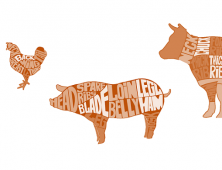 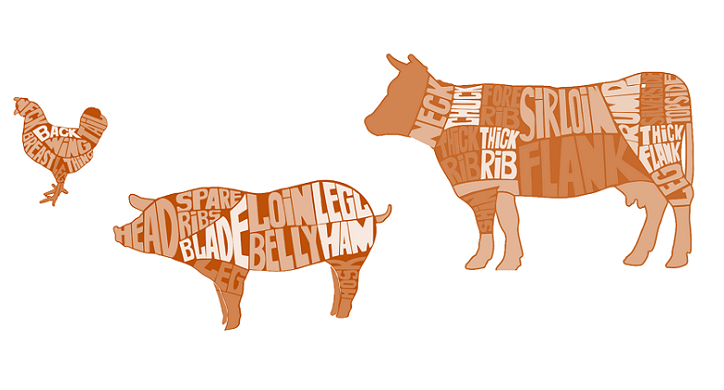 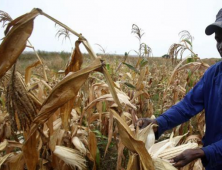